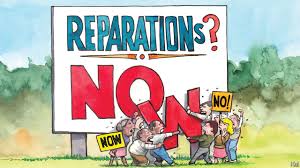 EDGE HILL, VA December 18, 2019 I was casually reading my pocket Constitution the other day and noticed Art. III, § 3, cl. 2, 2nd part, which says “. . . no attainder of treason shall work corruption of blood or forfeiture except during the life of the person attainted”. “Wow”, I thought, “What the hell does that mean?” Since the clause contained some words that were archaic and a few others that exceeded two syllables, I didn’t understand it right away. But, as an ardent (and brilliant) student of Politics, History and English, I set out to discover the meaning of the clause.

I thought of travelling to the nearest Law Library and spending a few days in the stacks, but decided, instead, to get some coffee and doughnuts and fire up Google Chrome.

First, I had to find out what attainder meant. And I did, “attainder (or attainment) . . . was the metaphorical ‘stain’ . . . placed on a person which arose from being condemned for a serious capital crime. It entailed losing not only one’s life, property and hereditary titles, but typically also the right to pass them on to one’s heirs”. So to avoid being being an attainder, any criminal penalty or fine had to be levied “during the life of the person attainted”. In other words, if a guilty party was “attained”, their penalties extended to their heirs. An attainder was usually levied by a “Bill of Attainder” that was passed by a legislative body.

While the Constitution only prohibits an attainder (or corruption of blood) for the crime of Treason, the first Federal Crime bill in 1790 prohibited the imposition of either penalty for any Federal crime.

On to corruption of blood, which I learned is the result of attainder. (Good thing I looked up attainder first.) Corruption of Blood is defined as: “The effect of an attainder which bars a person from inheriting, retaining, or transmitting any estate, rank, or title”.

So when a bill of attainder is placed on a guilty wrongdoer by a legislative body, the wrongdoer is “stained” and the blood of his heirs (not just his kids, all of his heirs, extending to the end of time) is forever “corrupted”; they cannot inherit the wrongdoer’s assets and may be responsible for penalties after the ancestor’s death. A Bill of Attainder financially punishes children (and grandchildren, great grandchildren, etc) for the crimes of the child’s ancestors.

Today, many are advocating that Congress (a legislative body) pass a bill (of attainder) requiring that reparations (presumably for slavery) be paid to living African Americans (although defining an African American in today’s polyglot and mixed society would be difficult. We’d have to choose between the Louisiana 1/32 rule or the Tennessee/Virginia One-Drop rule) by living Caucasian Americans (whose identity would be just as hard to determine), regardless of whether the ancestors of the living African Americans were harmed by slavery and regardless of whether the ancestors of the living Caucasian Americans benefited from slavery in in any way. (Or if their ancestors even lived in the damn country)

I.E., our Constitution and Federal law prohibit heirs from being penalized for the crimes of their ancestors. So let me figure this out. Reparations will penalize all living Caucasian Americans, whether or not they are heirs of slaveholders (or heirs of the beneficiaries of slavery), because some Caucasian Americans committed a non-crime (holding slaves during the slave-holding era was not illegal) one hundred fifty years ago. Reparations will benefit all living African Americans, whether or not they are the heirs of slaves, for the same ridiculous reason.

This sounds legally fishy to me. Besides violating the prohibition of attainder and corruption of blood, reparations seem to violate a few other anti-discrimination and civil rights laws. Reparations would be based only on race not actions (racial discrimination) and every American would have to be classified according to skin shade. (Talk about giving fodder to white racists)

I learned it’s not a good idea to apply modern law and morality to past people and events. If we did, we would have to say that that Muhammad and Abraham (f/k/a Abram) were bigamists, Dr. King and all of the Kennedys were adulterers, Edgar Allen Poe was a rapist, and Christ committed felonious assault. You get my drift.

Wikipedia Attainder
U.S. Constitution, Art. III, § 3, cl. 2.
The Merriam-Webster.com Dictionary, Merriam-Webster Inc.
Louisiana had a law (repealed only in 1983) that defined as African American anyone having 1/32 African American heritage (basically one black great –great grandparent).
This rule, codified in Tennessee and Virginia, defined as African American any American who had one drop of sub-Saharan blood. I like this rule because all humans originated in sub-Saharan Africa, so we all have at least one drop of sub-Saharan blood and, as (sub-Saharan) African Americans, we are all entitled to reparations!
Reparations would provide some amusing individual cases. Senator Kamala Harris is an African American (under both tests), yet her ancestors held slaves. I suppose she will have to pay reparations to herself!
Although it was morally reprehensible (and, in the long run, economically foolish).
Is this really what African Americans want?
Or whether or not their ancestors were even living in the United States at the time. Or whether or not their ancestors lost life or limb fighting against slavery, et cetera, et cetera, et cetera.
Always remember “The past is a foreign country; they do things differently there.” ~L. P. Hartley, The Go-Between
11 wives.
3 wives.
‘Nuff said.
Statutory rape, his wife was 13 when they got married.
He violently overturned the money changer’s tables on the Temple Mount.