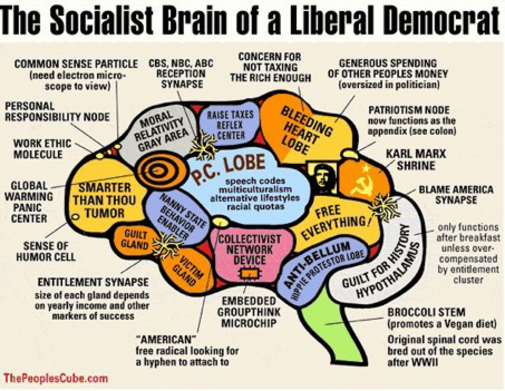 In early September 2019, the faculty council at Kansas University expressed “extreme frustration” at the Chik-fil-A company, alleging that it had become a “bastion of bigotry” and “fostered hate and discrimination on multiple levels”. The company was of being more concerned about money and corporate sponsorship than the physical, emotional, and mental well-being of marginalized and LBGTQXYZ people”.

The council wasn’t clear as to their reasons, although they did mention that Chik-fil-A supported traditional marriage and donated to the Salvation Army. Another thing that the council opposed was the “Chik-fil-A Coin Toss” at the start of every Kansas Jayhawks home football game. I suppose they felt that Chik-fil-A was benefiting from an sponsorship. The council didn’t mention how many evil dollars evil Chick-fil-A paid the pure as the wind driven snow university for the privilege of throwing a coin in the air.

The council determined that since Chik-fil-A was not inclusive and, therefore, should be excluded from the campus. Really, I am not making this up!

Some (maybe most, probably all) might not see the logic in the council’s position. After all, excluding to end exclusion is about as effective as, well, to quote the late, great George Carlin, fighting to end war or screwing to end virginity.

The council’s and other liberal thinking usually doesn’t make much sense to non-liberals. Even I never understood liberal causes, people, policies or ideas.

But I do now.  I have figured out how liberals think. They follow The Liberal Credo! Their entire thought process is governed by the adherence to the credo. If you understand this credo, every liberal cause, person, policy and idea starts to make sense, somewhat.

What is the Liberal Credo? It is a simple and succinct declaration of how liberals think of their pet causes, people, or policies. Here it is (Cut and print it for future reference):

OUR CAUSE, PERSON, OR POLICY IS SO IMPORTANT, THAT THEY/IT CANNOT BE BOUND OR RESTRICTED BY THE NORMAL RULES OF CIVILIZED SOCIETY.

What Does This Mean? It mans this: since liberal causes, people, policies, or ideas are always illegal, immoral, stupid,and will end of the world as we know it, their advocacy and implementation  cannot be constrained by law, regulation, morality, justice, custom, fairness, courtesy, usage, logic, reality, sanity, anyone employed by Fox news, absurdity or by any contrary evidence.  After almost no liberal cause, person, or policy could stand up to the preceding restraints!

See, the actions of the Kansas University faculty council now make complete sense (well, some sense, sort of).  Their cause – concern about the physical, emotional, and mental well-being of marginalized people – is so important, that the laws protecting the civil and economic rights of others (especially evil corporations), the morality of treating everyone (especially evil corporations) equally and fairly, and the human compassion of caring for your fellow man (or evil corporations) cannot apply.  In addition, any evidence contrary to the council’s position, such as the fact that Christianity (the religion that is purported to be the guiding light of Chick-fil-A management and probably a reason they support traditional marriage) is the most inclusive religion in the world or that the Salvation Army is one of the most compassionate (and inclusive) charities in the history of mankind, or that even evil (i.e. conservative) corporations should be treated fairly, must be disregarded.

Thanks to my knowledge of The Liberal Credo, I now completely understand the council’s position, although all I personally know about Chik-fil-A is that they make great sandwiches.

Once the Liberal Credo is understood, it is easy to appreciate why (and how) liberals can advocate causes, people, policies, or ideas that are absurd, illogical and run counter to every aspect of humanity.  Here are a few examples of such craziness:

2.   Bill Clinton’s sexual assaults were a personal matter and should not affect his career or life, while Justice Kavanagh’s non-sexual non-assaults were national news and should result in his castigation, castration and crucifixion (and, most importantly, his rejection as an Associate Justice of the Supreme Court).

4.   Banning DDT was a good idea because it saved the lives of millions of birds, even though, since DDT was the most effective insecticide against mosquitos, it caused millions of people to suffer and die from malaria.

5.   Free Speech must be protected on college campuses, but safe places must be provided, in case the free speech gets too free.

7.   Placing a day old illegal alien child in detention (with food, clothing, shelter, electricity, milk, television, radio, video games, snacks, sports, and reading materials) for a few days is outrageous and despicable, while, a day earlier, crushing their skulls and killing them is OK.

8. Praying at sporting events is abhorrent, but kneeling is O.K.

I think I finally understand them. Do you?

Oh, one more thing. Don’t forget the Corollary to the Credo, which states: If a liberal is ever wrong (very often), the error is not an error, it is a teachable moment. But if a conservative is ever wrong (very rare), every principle, policy, or idea ever advocated by that person is wrong, wrong, wrong, should be forever erased from history, and must never be spoken of again. In addition, the erring conservative is a racist, sexist, and homophobe (besides being fat, ugly, bald and stupid), now and forevermore.

Most commentators use the acronym LBGTQ to designate the lesbian, bisexual, gay, transgender and queer community.  I feel this definition is too non-inclusive as it excludes pansexuals, asexuals, sapiosexuals, and male lesbians, among others. In order to be more inclusive, I always use the acronym LBGTQXYX, with XYZ representing all those marginalized and excluded from the standard LBGTQ acronym.

To assist those who don’t understand the true meaning of life, I have humbly provided a “What Does This Mean” explanation.

For example, Jesus Christ, considered by conservatives to be the spiritual leader of Christianity said, “love one another, just as I have loved you” (John 15:12). I don’t think it is emotionally possible to exclude someone you love. I tried, it doesn’t work.