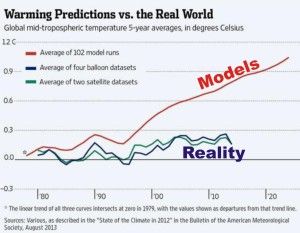 LIFE IS NOT SO BAD, CLIMATE CHANGE NOTWITHSTANDING

Rep. Alexandria Ocasio-Cortez, D-N.Y., is terrified of the (probably illusory, at best, slightly possible), upcoming climate change.  The freshman congresswoman says that she’s so scared of climate change that it’s waking her up “in the middle of the night.”  She also says that melting glacial ice will release new and virulent pathogens.  (Where she got that idea, I’ll never know.)

Ocasio-Cortez wonders if, in a world with a changing climate, she should have children because of the difficulties they will face (Although, from my point of view, the cessation of procreation and the ensuing extinction of the human race is a far more serious “difficulty” than climate change).

Here’s a few of the more humerous (today) ones: pirates; insurrections; scurvy; lack of birth control pills; malaria; the Kraken, a Mongol Horde; coat hanger abortions, one in three children dying before, during,  or shortly after childbirth (in the olden days, childbirth was almost as dangerous to potential children as coat hanger abortions – Queen Anne of England was pregnant 17 times and none of her children lived to age two;  insurrections (I know, I mentioned this one already, but it’s worth re-mentioning); The K-T (now the K-Pg) event; the Black Death (The Plague); the White Death (Tuberculosis) or the Red Death (The story by E.A. Poe); starvation; Godzilla; drought; lack of air conditioned and/or heated homes; Leprosy (now Hansen’s disease); Yellow Fever every summer; freezing to death every winter; Iwo Jima; being eaten by a lion, or a feral hog; Dachau; being beheaded by a Japanese soldier or Henry VIII’s royal executioner; being married to the author’s ex-wife; beriberi; horse rustlers; Quantrill’s raiders; having to kill a bear (or Auroch) for dinner; locusts; lice; bedbugs (except in Queens); the guillotine, electric chair, gas chamber, noose, and/or firing squad (all of which make lethal injection look like a walk in the park); outhouses; Stalin; Hitler; Mao; Jimmy Carter; or Franklin Pierce (sorry Barbara); harvest failure; being drawn and quartered (both ways); the Inquisition; Anzio Beach (except as a tourist); encountering a Dire Wolf or a Sabre Toothed Cat; not receiving a week’s notice of an upcoming hurricane; lack of toilet paper (or paper towels, or paper tissues, or, hell, even paper itself); a Chiricahua Apache war band; the British Army attacking Brooklyn Heights or Baltimore; the Mexican Army attacking San Antonio; the Canadian army attacking Detroit (the Canucks actually conquered and occupied Detroit for a while. Unfortunately, they gave it back!); or dying from the Flu – the deadliest disease known to man (The 1918 flu epidemic killed more Americans than WWI, WWII, Korea, Vietnam, Iraq and Afghanistan, combined).

Of course, Millennials will have to face new difficulties and hazards.  Among them: an untold number of ancient diseases hidden within glaciers (Per AOC, but see the Flu above); the inundation of Palm beach, Florida and Mill Neck, New York by rising sea levels (Not a problem really, only rich white people live there); and a slightly warmer climate that will foster agriculture and mining in vast areas of northern Canada and Siberia which will cause a substantial drop in the price of food and minerals, including diamonds.

Climate change notwithstanding The Millennials will have an easier life that anyone since Adam and Eve were evicted from the garden.  Life is hard.  Deal with it.