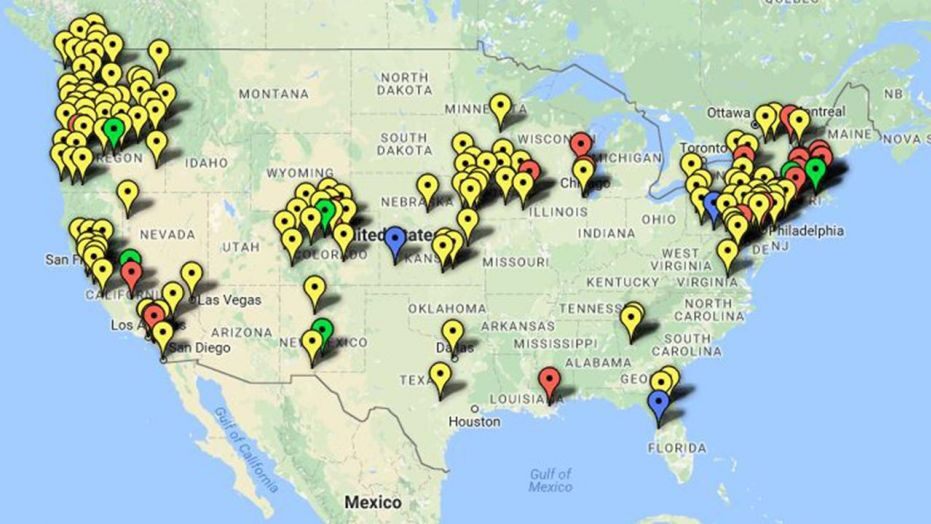 THE CASE FOR SANCTUARY CITIES – Why We Should Expand Them

Sanctuary cities are a relatively new phenomenon in the United States. Berkeley California was the first city to offer sanctuary, which they did in 1971. Their offer of sanctuary was, by current standards, limited. Sanctuary was offered to any of the 4,500 member crew of the aircraft carrier USS Coral Sea if they refused to return to their ship when it was sailed back to Vietnam.

I was a hippie, of sorts, back in 1971 and would have applauded the action of the City of Berkeley, had I known about it. But neither I nor anyone else knew of Berkeley’s actions, for two reasons.  First, it wasn’t highly publicized. Second, at that time, everyone and their brother was hatching some corny, illegal and/or stupid plan to stop, or at least hinder, the war. Berkeley’s offer of sanctuary got lost in the shuffle.

If you haven’t heard, the war ended in 1973 (at least the United States’ portion of it) without any assistance from Berkeley or any of the cockamamie ideas hatched by my generational landsmen to promote peace. (Which, at the time, we thought meant lack of war.  We eventually learned otherwise).

The concept of cities providing sanctuary did not die, but it rested for a while. It wasn’t until the 1980’s, when the Federal government had the temerity to refuse to grant asylum (and governmental benefits) to those who illegally entered the United States, that the concept was revived.  And boy, was it revived.

What is a Sanctuary? Philosophically, it was described by American writer Emily Busse as “a moral commitment to our values of recognizing the inherent human dignity and worth of every person.”

What a beautiful definition.  Emily was right, but didn’t go far enough. Her error was corrected by Italo-American philosopher, Niles Fettucine, who said, “Sanctuary is also a commitment to hippie selfishness and to the ability to selectively ignore laws when they do not comport to our wants or needs. Sanctuary says to hell with democracy and the rule of law. Only sanctuary will allow us to maintain our inherent human dignity and worth, acquire things we want without having to pay for them or having to deal with police, courts, laws or government.”

On the practical level, a sanctuary today is usually a city (sometimes a state) that restricts or eliminates cooperation with federal immigration agents so illegal aliens can commit crimes (such as illegally entering the United States) and avoid the long arm of the law.

Sanctuary is good as far as it goes, but it must be expanded and made more inclusive.  Currently, only refugees, asylum seekers and illegal aliens benefit from sanctuary. This is unfair.  All people are equal under the law, so sanctuary cities must be more inclusive and not provide benefits only to the 1% (The illegal alien population of the U.S. is estimated to be about 1% of the total population).

Since most Americans are not refugees, asylum seekers or undocumented immigrants  and, therefore, don’t require protection from immigration agents or the state or Federal Penal Code, sanctuary from other laws and regulations must be provided so that everyone, not just the unwashed 1%, can benefit.

Of course, we Americans need sanctuary from many laws and regulations, but let’s prioritize. The biggest expense for most Americans is Federal and State income tax, so first and foremost, we need sanctuary cities that will not cooperate with the I.R.S. or enforce the Internal Revenue Laws of the United States and every state that imposes an income tax (currently forty three of them do). After all, Federal, state and local income taxes top out at 51.8% in San Francisco California (Federal, California, and San Francisco city income taxes) and 51.308% in New York City (Federal, New York State, NYC, MTA and waterfront income taxes). If anyone needs sanctuary, it’s taxpayers, so I encourage any city, state or other political subdivision to become a sanctuary from any and all income taxes.

Providing tax sanctuary will benefit everyone; the taxpayer, the city, and even illegal aliens. Let’s consider the case of Mr. Hock Tan, the president of Broadcom, who earned $103.2 million in 2017. Mr. Tan paid up to $53,457,600 in income taxes alone. If he moved to a city providing sanctuary from income taxes, he would realize substantial cash savings. save that amount.  Mr. Tan would surely be willing to share some of those savings with his new home town and its citizens. If the sanctuary city enacted a flat 10% income tax on all earnings over $1,000,000, the city would realize $10,220,000 dollars in tax revenue from Mr. Tan alone and, Mr. Tan, after paying the 10% over a million tax, would still realize a tax savings of $43,237,600, most of which he would certainly spend in his new home town. He might even contribute to local charities assisting, among others, illegal aliens, or the city itself! Local businesses would see sales increase and illegal aliens would have a greater pool of resources, both from the city and from private charities, to draw benefits from. Everyone would experience growth and prosperity!

(Author’s Note: Besides attracting model sanctuary city citizens like Mr. Tan, an income tax sanctuary city would also attract celebrities and athletes, like Floyd Mayweather, who earned over 275 million last year. His savings, and the benefits he would confer on the sanctuary city, would be even greater than Mr. Tan’s.)

Above and beyond the financial windfall, a sanctuary city would realize additional benefits: Mr. Tan would certainly not live on the streets or in a homeless shelter, like some illegal aliens; he would certainly build a fine home and pay substantial real estate and sales taxes; he would certainly have health insurance and regularly see a doctor, so he wouldn’t spread typhoid, measles, smallpox or plague throughout the sanctuary city like some illegal aliens; and he would most certainly never urinate or defecate on the street, like some homeless people.  Any city, including a sanctuary, would consider Mr. Tan an ideal citizen.

Providing a sanctuary for taxpayers like Mr. Tan would bring back civic pride!  (and still allow sanctuary city politicians to think  they outwitted the prudish, reactionary and un-hep Federal government.)

(Another Author’s Note: Personally, I don’t make enough money to benefit from a tax sanctuary, but I am awaiting a city, state, or other political subdivision to provide sanctuary from vehicle and traffic laws. You see, I have a sports car. )