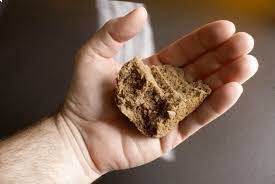 Long before the modern trial by jury system was invented by King Alfred the Great, lawbreakers and civil litigants were tried using more rudimentary techniques.

The most ancient method of legal determination was Trial by Combat. The litigants girded for battle and fought each other until one party was defeated and usually slain. The winner was then adjudged to have the stronger legal argument (as well as stronger glutes and biceps) and was declared the winner (and sole survivor) of the lawsuit.

Another popular method of solving criminal disputes was Trial by Ordeal. There were several ways Trial by Ordeal was executed, so to speak. One method, popular in merry old England, required the accused to plunge his arm into a pot boiling water. The arm was withdrawn and immediately wrapped in “bandages”. If, after a few days, no infection developed, the accused was declared not guilty. If the arm became infected, the accused was declared guilty and immediately executed. A second method of Trial by Ordeal, popular in not so merry, not so old New England, was used to determine the guilt or innocence of an accused witch. The accused was seated in a dunking chair and lowered into a pond until she was completely immersed. If she rose to the surface, she was declared a witch and immediately executed (usually by being burned at the stake). If she did not rise to the surface, she was declared not guilty. This method of Trial by Ordeal was somewhat unfair as most “innocent” defendants were left under the water until they drowned.

The most interesting form of pre-jury trial was Trial by the Accursed Morsel. This trial, also usually used in criminal cases, required a defendant to place a morsel of bread (sometimes with cheese) in his mouth, but not swallow it. He then had to read aloud a rather lengthy and complex Legal/Religious recitation. If the accused completed the recitation without stuttering, transposing words, mispronouncing words, or making any error in grammar or syntax, he was adjudged not guilty and sent on his way. But if he erred in any way or choked, he was declared guilty and, you guessed it, immediately executed.

These archaic methods of determining justice had been consigned to the ash heap of history (for good reason, I think), until recently, when our liberal compatriots and fellow travelers resurrected one of them; Trial by the Accursed Morsel. Not only did they resurrect it, they now apply it to any words coming from the mouth of any righteous, upstanding patriotic conservative American.

While the Trial by the Accursed Morsel redux dispenses with the morsel, it still condemns any speaker as a racist, sexist, homophobe, islamophobe, or person who is mad, bad, and dangerous to know who: a) uses any word that could be deemed offensive to any one of the more popular minorities, in any way (e.g., queer, retard); or b) uses a “code” word (basically any word not included in a) above); or, c) intentionally or unintentionally transposes words (e.g., colored person instead of person of color); or, uses a word that sounds like (but has a completely different root and meaning) an offensive word (e.g., niggardly); or, uses a word that is perfectly proper, technically accurate and completely descriptive, but is eschewed by the left (e.g., handicapped instead of “special needs” or poor instead “less fortunate”).

There are news reports every day of a liberal slamming a conservative because the conservative failed the modern Trial by the Accursed Morsel! King Alfred is not amused.

Strangely, Trial by Combat has not been legally abolished in the Unites States. It is a shame President Trump did not invoke it after he was impeached. It would have made the proceedings eminently more watchable, although I’m pretty sure Trump could take Nancy Pelosi.
Also known as Trial by Cake or The Morsel of Execration.
“Bad, mad, and dangerous to know” is the appellation given to Lord Byron by Lady Caroline Lamb. I inserted it to include a bit of history. Liberals do not use this label against conservatives, yet.