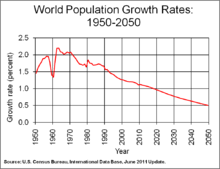 Today, the United States faces two potential enemies (I am saying “potential” to be polite. These countries are, in fact, our real social, economic and political enemies): Russia and China.

While there are many theories of how to prevail against them (some of which might actually work), most of them are too expensive, too disruptive or too stupid.   Being the laid back hippie that I am, I propose a different tactic, one that is cheap, healing, and, in my opinion, very, very smart.  My solution – Let’s just wait.

Russia is a failed state.  They don’t know it yet, but they are.  There are several reasons for their upcoming failure: They drink too much (fourth highest in alcohol consumption, per capita, in the world), they don’t know how to work hard or produce anything (Russia has 150 million people vs. Canada’s 37 million inhabitants, yet Canada has a larger GDP), and, most importantly, they are getting old, quickly.

A fertility rate of 2.1 is necessary to insure that a population will be replaced and if the population is not replaced, it will age.  As the society ages, more of the country’s income will have to be spent to support the aged, which will leave less income available for new ideas, new products, scientific breakthroughs and, fortuitously from an American’s point of view, new weapons.  The fertility rate in Russia is 1.75, which means that soon (a lot sooner than you think) they will run out of working age people and money.    Russia (actually, the Soviet Union, but let’s not split hairs) already failed once on December 26, 1991 when communism collapsed.  (I am a child of the cold war who, in elementary school, had to learn both varieties of Duck and Cover, so I always thank God for 1991’s Christmas present) They recovered (somewhat) from that collapse; they will not recover from the next one.  There won’t be enough workers or enough income to facilitate any recovery.  There will be despair from Kaliningrad to Vladivostok.

While Russia will collapse soon, China will collapse a little less soon.  Thanks to their one child policy that was in effect from the late ‘70’s to 2016, they also don’t have many young rookies coming up, and their fertility rate is even worse than Russia’s. The best estimate of China’s fertility rate is 1.18 (“officially”, the rate is 1.6, but like all “official” data in China, the figure is questionable).   Like Russia, China is also a failed state, the only difference is that their failure will take a little longer, but it will just as abrupt.

At the risk of sounding like an anti-overpopulationist and a capitalist, a successful modern society requires a (preferably youthful) population and income that can be spent on something other than supporting old people.  In Russia (shortly) and in China (a little less shortly) both the youth and the income will disappear.

As I have shown, there is really no need for economic, political or military warfare between the Chinese/Russians and us (although I always like to listen to the news whenever we are fighting the commies, whatever the venue).  All we have to do is sit down, relax, light up a blunt (where legal, otherwise, make a drink – avoid Vodka), watch a funny movie, and wait.  It will be over before you know it.

P.S. Hmm.  I just noticed that the fertility rate of the United States (1.8) is also below the rate needed to replace our population.  We too (although we have a lot more time that Russia or China does) have to find a way to reduce our median age and increase our fertility so we can survive as a society.  Hmmm again, maybe we should let in some of those young and fertile barbarians at our gates!  We’ll have darker skin, different looking eyes, funnier hair and stranger religions, but at least we’ll still be here!

Gross Domestic Product – the total sum of all goods and services produced in a country.  In essence, a country’s income.

The fertility rate is simply number of live births per 1000 women between the ages of 15 and 44.

China’s demise as a viable society will take a little longer than Russia’s because (a) they currently have a younger population and (b) they drink Tsingtao Beer, rather than Vodka.

I know, I know, the Russians aren’t communist anymore.  But, as I said, I am a child of the cold war – once a commie, always a commie.

You know what they say about Hispanic women these days – The same thing they said about Irish women in the 1880’s and Italian women in the 1900’s.