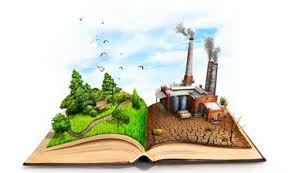 The Green, New, Deal is Wonderful? Is it Worth the Cost?

Everyone is talking about The Green, New, Deal (GND). We haven’t commented on it yet because its so large, its so complicated, and its provisions keep changing. GND’s proponents say it will save the world (in less than 11 years), while its opponents say it will destroy it. Is the Green New Deal worth it?

Proponents also allege that The Green, New, Deal will cost nothing, it is an investment(1), that will pay for itself. Not so fast, say the GND’s opponents. Not only won’t the GND return anything, it will cost every American an arm and a leg (along with a kidney, a hyoid bone and some submucosa) every year.

Both the GND’s proponents and its opponents say they are right and we can trust them. Can we?

Probably not, they are all politicians and truth and honesty are foreign to them.

Fortunately, The Meaning of Life (MOL), the most truthful and honest website in the known universe, has spent the last five years analyzing the GND(2).  We have uncovered some surprises.

Here are some (but not all) of the great things the GND will supposedly do for us:

All of this without any cost! The GND will eliminate pollution; bad weather (which is due to global warming caused by carbon emissions); bad hair days (which are caused by the humidity resulting from global warming); sunburn and, unfortunately, sun tan, (both of which are caused by the diminishment of the ozone layer, a direct result of carbon emissions); and make everyone happy. And all for free!

Our analysis set out to answer the two most pressing questions about The Green, New, Deal.

1.   About 1.1 million people work in the “Fossil Fuel” industry. Their average salary is $80,000 per year. To support them until they are re-educated, er, re-trained would require $88,000,000,000 annually.
2.   (a) There are about 325 million people in the United States and every one of them will be adversely affected by the GND (via higher utility bills; longer lines at auto charging stations; the higher cost of electric cars; having to take the bus instead of an airline(3); the cost of junking all charcoal barbecues, kerosene lamps, cigarette lighters, matches and fireworks; and the cost of purchasing a solar, nuclear, or steam powered computer), the cost of making every American whole would be at least $5,000 per person per year. This would set us back $1,750,000,000,000 annually.
(b) There are about 27,000,000 million small businesses in the U.S. that would also be adversely affected by the GND. The cost of making them whole after the GND is enacted would be at least $10,000 per business. (Author’s Note: There are also about three million non-small {read big} businesses in the country, but they should not receive any assistance because most of them are run by {and pilfered from by} rich white males)
3.   In 2017, there were 3,303(4) fossil fuel plants in the United States. The average cost of building a fossil fuel power plant is $2,780,264,125(5), so it would cost $9,183,212,404,875 to reimburse the plant’s owners for surrendering their plants. Fortunately, this would only be a one-time cost!
4.   (a) There are 96,100,000 million buildings in the United States(6). Assuming that it would cost $50,000 to upgrade each commercial and apartment building to “maximum” energy efficiency and $10,000 to do the same for each private home, the cost for the commercial/apartment upgrades would be $305,000,000,000 and the cost for the home upgrades would be 900,000,000,000. This totals $1,205,000,000,000, but would also only be a one-time cost!
(b) 1,800,000 residential buildings and 170,000 commercial buildings are constructed in the United States every year . In order to comply with the GND, construction costs will increase by at least $5,000 per residential building (Totaling $9,000,000,000) and at least $20,000 per commercial building (Totaling $3,400,000,000) GND. Thus, the cost of all new construction in the United States would increase annually by $12,400,000,000 due to the GND.
5.   We have no idea what it would cost to restore all (do they really mean “all”?) ecosystems through land preservation, afforestation, and science-based (thank goodness neither Alchemy nor Astrology will be employed) projects, so let’s just say the cost will be $1,000,000,000 per year(7).
6.   It is estimated that there are 18,000 toxic waste sites in the U.S., covering 22 million acres. It costs about 5.1 million dollars to clean up a toxic waste site(8), which means that the cost of cleaning up all the toxic waste sites in the Unites States would be $91,800,000,000. Again, this is a one-time charge. (although its cost would probably be spread out over a few years).
7.   We were unable to determine what decarbonizing industry and agriculture means, let alone what it would cost. Our only estimate (and it is a wild guess) is between $1 and infinity.

Here is a synopsis of what the GND will cost:

Well what do you know? The opponent of the GND were right. The GND would not be free. It would cost every American family $128,984.76 the first year and $26,105.11 annually thereafter.  Well, at least the GND would save us from being decimated by global warming in 11 years. We will be living in penury and starvation, but we will , at least, be alive!

(1) The definition of investment (The Business Dictionary) is” Money committed . . . for future income”. I have to say, I have “invested” a lot with the Federal Government and have never received any income!  Oh, wait.  I just realized that the definition calls for future income and the future never comes.  No wonder I haven’t gotten anything!
(2) Since the GND was only proposed eighteen months ago, the first three and a half years of our analysis was done in anticipation of a GND being proposed.
(3) To date, the only airplanes that have flown without fossil fuels (gliders don’t  count) are the Solar Impulse, which can only carry one person and only has a top speed of only 43 mph (slower than a bus)  and the nuclear powered B-36H, which made 89 nuclear powered flights between 1955 and 1957.  This plane cruised at 270 mph, but required 11 tons of lead shielding to protect the crew from radiation.  As a result of our study, we urge Congress to amend the GND to include funding for a lot of B-36 Hs.
(4) This number is composed of 359 coal plants, 1,080 petroleum plants, 1,820 natural gas plants, and 44 other gas plants.
(5) 22.633 billion kilowatt hours (kwh) are produced by fossil fuels annually in the United States.  It costs $3,500 per kwh to build a fossil fuel plant.  There are 3,303 fossil fuel plants in the U.S.
(6) 5.6 million commercial buildings, 500,000 apartment buildings, and about 90 million private homes.
(7) Royal Dutch Shell Group spends $100,000,000 USD per year reforesting and The Peoples Republic of China has already spent $100,000,000,000 USD on reforestation.
(8) Excluding sites whose cleanup costs exceed 50 million dollars.
(9) Wow, great news, only about 60% of the entire U.S. economy!
(10) Double wow, even better news, only about 13% of the entire U.S. economy!!
(11) Assuming a family is four people.