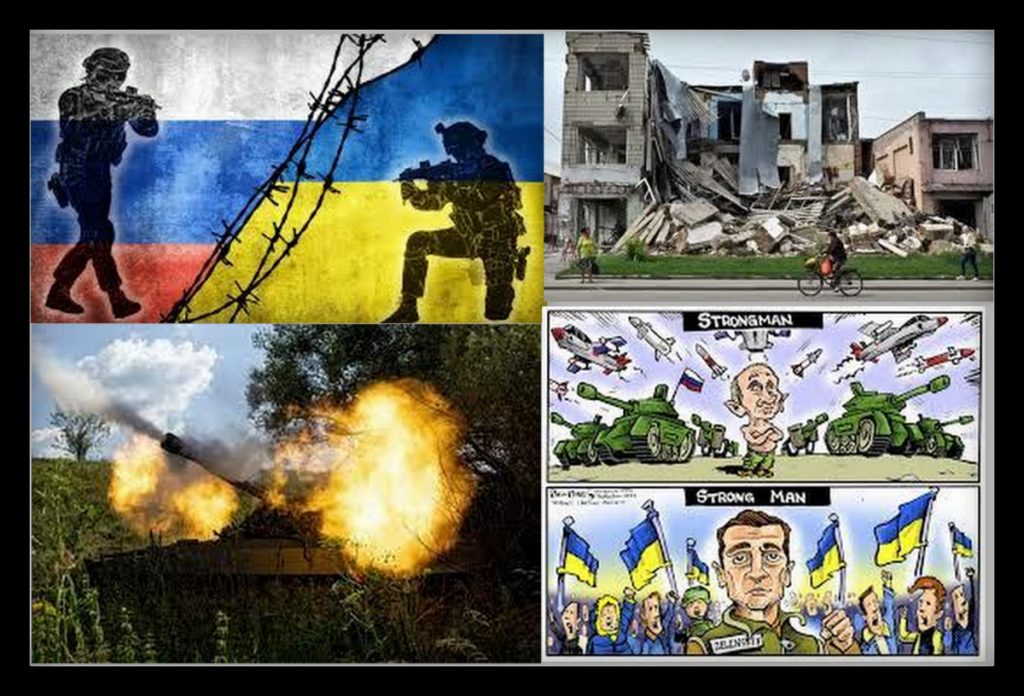 Did you ever wonder why the U.S. won World War II? (Hint: It is the same reason Russia will lose in Ukraine!)

Some say it is because we had smarter and better trained soldiers. We did, but that is not the reason we won.

Others say it is because we had smarter generals. We had those too, but that is not why we won either.

The reason we won the war is best illustrated by the following two statistics:

The value of a bigger economy in wartime has long been recognized. When Baron Rothschild was asked in 1862 who would win the U.S. Civil War, he replied, “The North, they have a bigger purse.”

The Russian Economy and the Cost of the War in Ukraine

Its nuclear weapons notwithstanding, Russia is not a particularly wealthy country. In only ranks 11th worldwide, ahead of Brazil, but behind South Korea. Russia’s annual Gross Domestic Product (i.e., everything the country produces) is about $1.5 trillion.{1}

Of that amount, they spend around $65.9 billion each year on defense,{2} of which $8.6{3} billion is needed to maintain their nuclear arsenal. That leaves $57.3 billion available annually to spend on other military “escapades”, like the war in Ukraine.

The below spreadsheet illustrates why the war in Ukraine is unstainable for Russia. It shows the major costs of the war to date and estimates the ancillary war costs. Russia’s costs of the war to May 30, 2022, was $12,137,563,200, 21.2% of their non-nuclear defense budget. (A lot of the information in the spreadsheet was taken from the post https://www.oryxspioenkop.com/2022/02/attack-on-europe-documenting-equipment.html, which is continually updated.)

If these costs are annualized, Russia is spending at least 84.4% of its non-nuclear budget on the war in Ukraine.

Conclusion – Why Russia Will Lose in Ukraine

RUSSIA’S EXPENDITURES ARE NOT SUSTAINABLE!!! In the end, they will run out of cash. The reasons: a) Their defense budgeting is worse than their military logistics, and b) they ignored the warning of Robert Ringer, “Closing deals is so much trash, if at the end you have no cash!”

The Russians will lose in Ukraine for the same reason we won WWII. Size of purse!