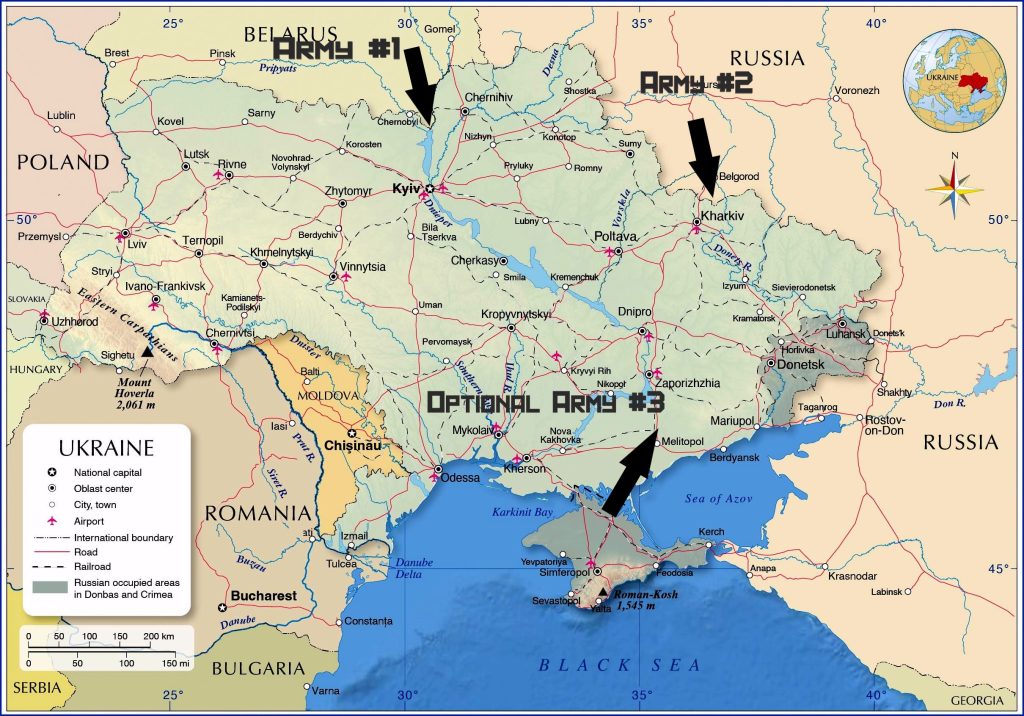 The Ukraine “problem has come down to Slo-Joe vs. Vlad the Impaler. Things don’t look good for the west.

In 2014, Russia seized Crimea and began fomenting insurrections in the eastern part of Ukraine, an area known as the Donbas that is mostly populated by ethnic Russians.

Over the last year, the balance of Ukraine (except for Donbas) has begun leaning west and has asked to join the North Atlantic Treaty Organization (NATO).

In response, Russia began warning the West that dreadful things would happen if Ukraine joined NATO or became firmly aligned with the west. A quick look at the map shows why. The west would have an armed ally less than three hundred miles from Moscow. On the other hand, Putin has been trying like all hell to reconstruct the Soviet Union. Acquiring all of part of Ukraine would be a good start!

Russia has recently moved over 110,000 troops to at least two places on Ukraine border: southern Belarus (south of Gomel); and next to the Russia/Ukraine border, north of Donbas (near Belgorod, Russia).

Charges and countercharges hurled back and forth between American president Slo-Joe Biden and Russian president Vladimir (Vlad the Impaler) Putin over this matter. It has become Slo-Joe vs. Vlad the Impaler. The west has threatened Russia with sanctions that will have “massive (“massive” being undefined) consequences (“consequences” also being undefined)” if the Russians do, well, Biden has not defined what the Russians must do to incur these “massive consequences”. But he seemed to hint that these consequences would be brought if Russia invades Ukraine.

Biden had also threatened Putin with “personal sanctions”. (See https://www.meaningoflifesatire.com/bidens-russian-sanctions-finally-revealed/ for a review of the sanctions being considered). Slo-Joe’s State Department has spent the last week assuring the world that his “massive” and “personal” sanctions will cause Putin to back down and go home. We don’t think so.

On the morning of January 26, Russian Putin threatened that Russia would take “appropriate measures” if Russia doesn’t receive “a constructive answer from the west on our security measures”. Or, in the vernacular, “back off and leave Ukraine or we are going in.” Biden immediately rejected all of Russia’s demands.

Not only is Russia going to invade Ukraine, we at The Meaning of Life ~ World’s Greatest Political Satire!!! know how they are going to do it. Our crack sleeper mole (the cleaning lady at Defense Minister General Sergey Shoygu’s office) has delivered Russia’s war plans to us and we have examined them in detail. We can nor reveal how the Russians are going to invade:

In less than four days, Russia will present the world with its faits accomplis. They (Russia) will control Kyiv (and be in a position to install a new Ukrainian leader if they so desire) and will also be in possession of the entire Donbas region (and some). Unfortunately for Biden, his “massive consequences” will still be in his pocket.

If Putin has any political savvy (and he does), Russia will immediately offer to:

In return for his concessions, Putin will ask the west to:

Now, let’s see where are we or more importantly, where is Slo-Joe?

He will have two options. Option one would be to ignore the Russian offers, play tough guy and sanction Russia and/or their leaders. If he pursues this strategy, Russia will annex the rest of Ukraine (Putin would, of course, leak the annexation plan to the western press to increase the pressure on Slo-Joe) and/or install a Ukrainian leader that is to their liking. In either case, the west will have lost Ukraine forever. But Biden will look tough (in a very weak sort of way)!

Option two would be to accept the Russian offers. If he chooses this path, he will be able to say that he “saved” (at least some of) Ukraine and brought lower fuel prices to all our European allies! Hooray for Captain Spaulding Slo-Joe Biden!

Of course, Biden loses and looks like a horse’s ass no matter which path he chooses!

{1} After this, therefore because of this.
{2} We don’t like to quote Hitler, but sometimes it is necessary. 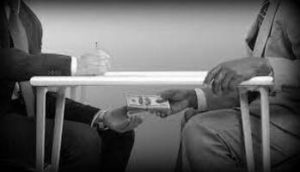